Overview of PCR and RT-PCR

PCR is a technique commonly used to analyze small amounts of genetic material from a variety of sources.

1a. RT-PCR begins with an RNA sample which, after purification needs to be transcribed into DNA. This is accomplished with Reverse Transcriptase to generate cDNA (complementary DNA).

1b. PCR begins with a purified double-stranded (ds) DNA sample

1c. The RNA/cDNA or dsDNA is heated to generate ssDNA

Step 3- dsDNA is heated and ssDNA is regenerated

The ssDNA and primers or probes (described below) bind and the cycle continues. Each ssDNA is replicated, so the number of copies increases by a factor of 2 during each round of PCR. The amount of DNA is determined with fluorescent probes (below). 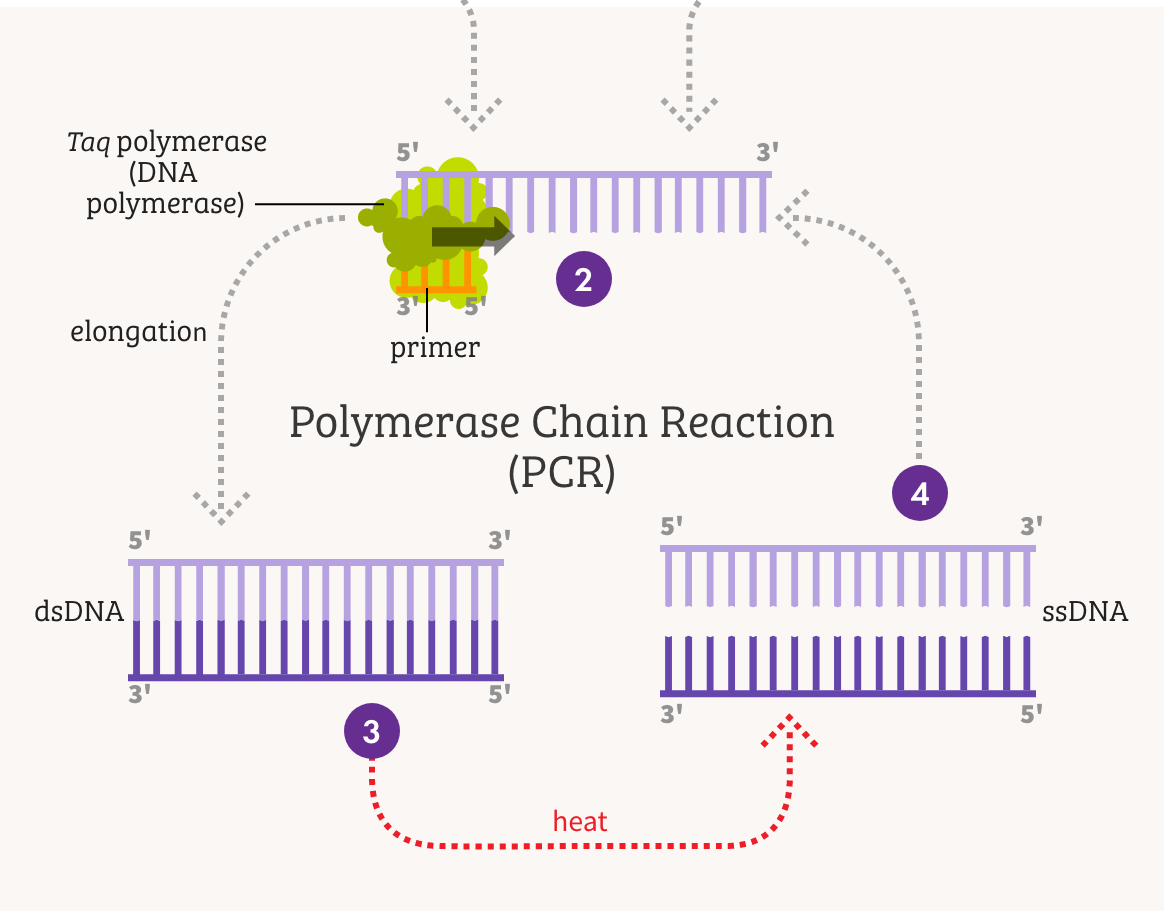 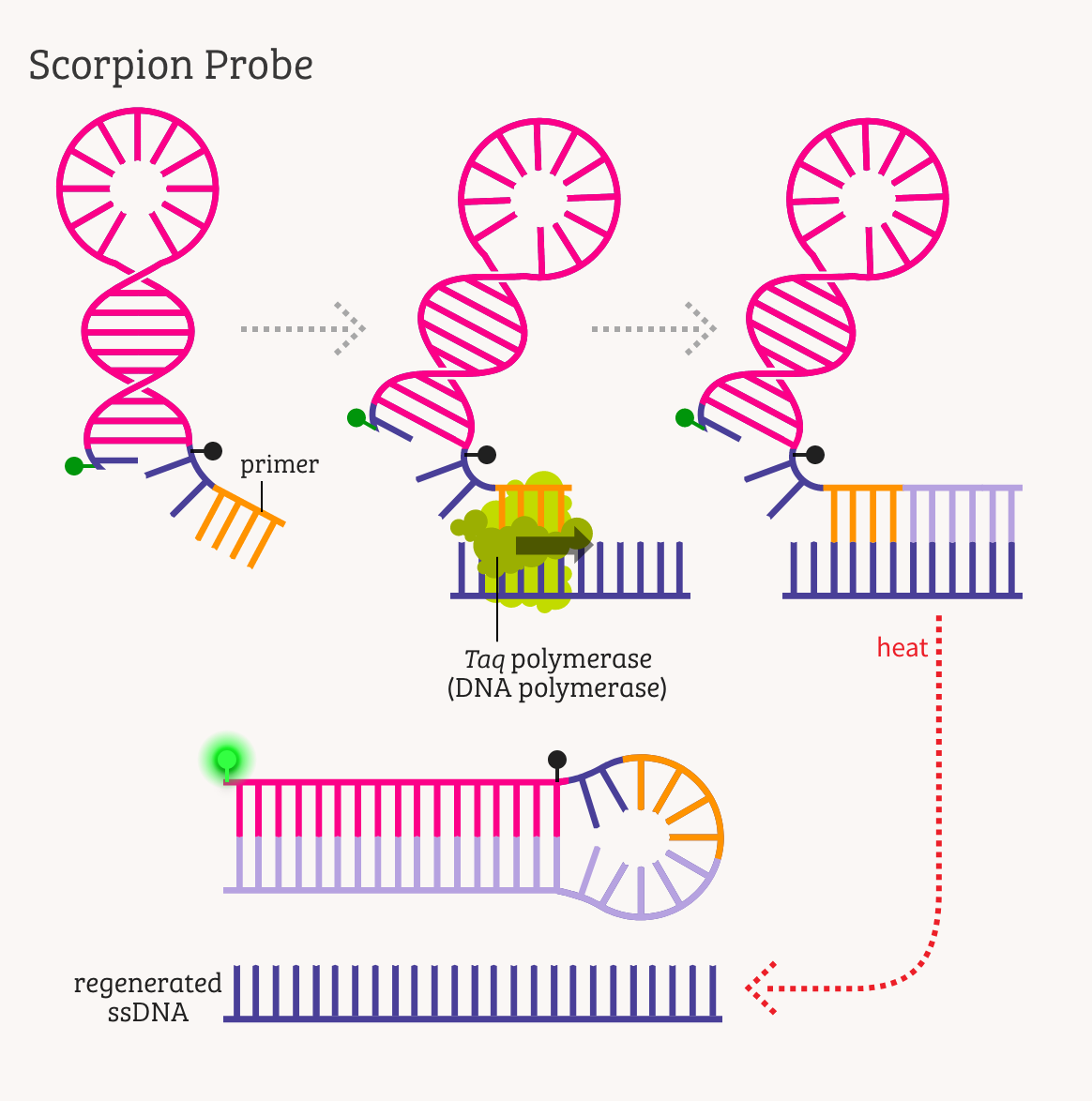