%T, %R and wavelength range - Since Omega makes filters largely from non-absorbing materials (dielectrics), light that is not transmitted is generally reflected, so %T+%R = 100 minus a small amount (<1%) of scatter. Blocking is not typically specified in dielectric dichroics, beamsplitters and mirrors. Exceptions include mirrors and beamsplitters containing metal films, which do absorb some fraction of the light. 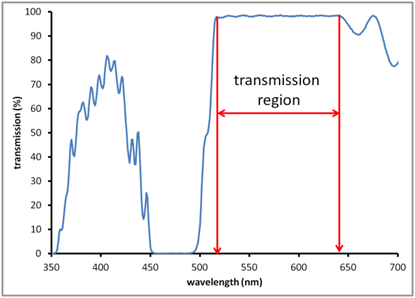 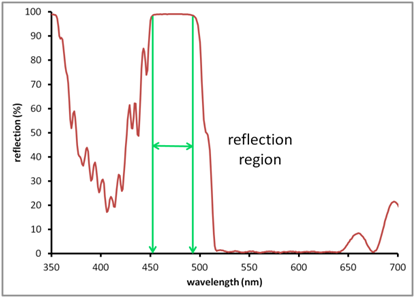 Angle-of-incidence (AOI) refers to the angle at which the primary ray strikes the optic with respect to the normal. A ray that is perpendicular to the surface has an AOI of zero. Spectral features of an interference stack (such as the cuton wavelength) shifts to lower wavelengths as the AOI increases, but that's not all. As the AOI approaches 45 degrees and higher, the polarization of the incoming beam comes into play. The s- and p-polarized light interact with the filter surface differently. The AOI-dependent wavelength shift varies with polarization, producing a "step" in the spectrum. This step can be minimized during the design process. 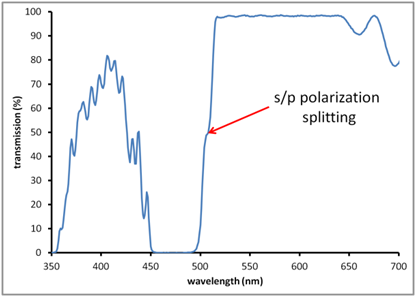 Types of dichroics, beamsplitters and mirrors

Omega has produced limited quantities of these specialty items for individual customers. We welcome the opportunity to work with you on your product.